Posted at 08:46h in Education by ramon 0 Comments
Share

Dear You:
You were selected to teach at your school because of your intelligence, spunk, tenacity, vigor and, most of all, your passion for public education. You are a risk-taker. You have a can-do attitude with swag to match. You believe that every child has the capacity to achieve academically and are committing your life to ensuring that you affect change in every student you encounter. Your dedication to ensuring that traditionally marginalized students receive a first class education is commendable. But do you know how much power you hold? Do you truly understand the *No Excuses* school culture that you are part of? Do you know the psychological and emotional costs that the No Excuses model has on students of color? Furthermore, do you care to know?

Two years ago, I wrote a blog post entitled *Colonizing the Black Natives: Reflections from a former New Orleans Charter School Dean of Students.* I started the piece by asking if some charters’ practices were new forms of colonial hegemony. It is vital to add that while I was employed at the school, this 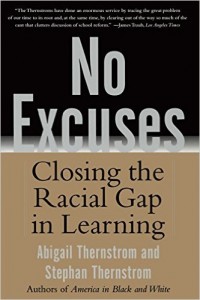 thought never crossed my mind. My writings were taken by some charter management administrators and staff as an *attack* instead of an opportunity critically engage and refine, deconstruct and reconstruct practices that are doing more harm than good. This time around, I’m hoping to encourage teachers and staff at No Excuses charter schools to acknowledge what is transpiring in their schools so that we can begin to push back against these practices and transform our schools.

I’ll start by offering a few examples of my own. When I chased young Black ladies to see if their nails were polished, or if they had added a different color streak to their hair, or when I followed young men to make sure that their hair wasn’t styled naturally, I could have been critically engaging my administrative peers on why these practices were the law at our school—and how exactly they contributed to getting students into and through college. When my school punished young people for not having items school leaders knew their families couldn’t afford, I could have been pushing back against policies that effectively punished students for being poor. When we pulled students out of their classrooms for countless hours for minor infractions even as we drilled them constantly on the importance of instruction time, we could have been taking our own advice. Or when we suspended students from school for numerous days, we could have been providing alternatives that disciplined them but kept them in school.

When my school punished young people for not having items school leaders knew their families couldn’t afford, I could have been pushing back against policies that effectively punished students for being poor.

I recently spoke on a panel in Nashville about the psychological and emotional costs that No Excuses school cultures have on students of color. Afterwards, I was approached by a young white male who told me that he couldn’t understand why parents of color complained about No Excuses school

cultures when they’d chosen to enroll their children in the schools. But the idea that parents should not complain because they purposely enrolled their children in these schools is flawed.  Parents, whether they’re in Nashville or New Orleans, desire that their children attend schools that will provide them a rigorous and first class education. They’re sold a school culture *package* that claims to bring out the best in every student, challenging them to be creative, take risks and think critically. Yet too often, once the package is unwrapped and a culture of compliance is unveiled, students and families feel that they have been sold a dream.

Is it realistic to expect parents to inherently grasp the psychological and emotional costs of the No Excuses model when many of the teachers and school disciplinarians who enforce these policies don’t have a deep understanding of their effects either? In my experience, staff members are trained to follow the rules regarding discipline and school culture without questioning school leaders about why rules and practices exist in the first place. The idea of critically engaging administrators at these schools seems to intimidate staff, who fear potential backlash for speaking out against culture and disciplinary practices they don’t agree with. They don’t know how to push back critically and meaningfully without being disciplined or even losing their jobs.

Even more astonishing is that the same things young people of color are punished for in these schools, their teachers were probably raised and encouraged to value.

Whatever the reason, the lack of inquiry by and pushback from highly-educated professionals regarding the questionable socialization practices and disciplinary policies of No Excuses schools is striking. Even more astonishing is that the same things young people of color are punished for in these schools, their teachers were probably raised and encouraged to value. As students themselves, they were probably given the opportunity to be critical, to take risks, to disagree, to not conform, to ask for clarity, to push back, to show emotion and to be relentless about finding their own truth. Many of these educators are no doubt raising their own children to do similar things. But as teachers and staff at No Excuses charter schools, they are trained to instill the opposite values in youth of color, even punishing students for being critical or showing emotion. Why? I ask this question, not as a researcher or as a doctoral student, but as a colleague who has navigated the same terrain that you are currently treading. I understand—trust me. I am truly concerned that we are not asking the right questions. Why has No Excuses been celebrated, packaged and sold to people of color as the prescription for educational and career excellence? Why is it No Excuses for some and not for all?

Why has No Excuses been celebrated, packaged and sold to people of color as the prescription for educational and career excellence? Why is it No Excuses for some and not for all?

Ask yourself if you would allow your own children to be treated the way that some of your students are being treated. If the answer is *no,* then there is no excuse for complying with rules and policies you’d never tolerate where your own children or loved ones are concerned. Your students are young people, not robots. They are human children and sometimes their circumstances do warrant exceptions to the rules. Sometimes their excuses are legitimate. 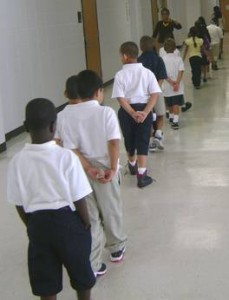 Is this what John Dewey meant when he described school as *the social center*of the community and as a site for building a democratic society? Are No Excuses schools preparing citizens, training workers or preparing individuals to compete for social positions? If the answers to these questions aren’t clear, it may be time to seriously re-evaluate the goals of your school.

Lastly, I believe that it is time for a thorough examination of the psychological and emotional impact of No Excuses policies and school cultures. It is time for everyone involved to start asking some critical questions. Stop being fearful. Let your voices be heard. Ask questions, push back, critically engage, and transform your school and your workplace.